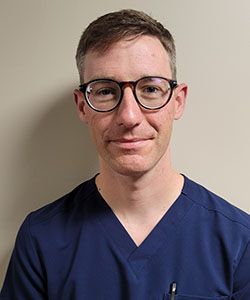 Ryan Braner completed his Bachelor of Science and Nursing degree from Southwestern Oklahoma State University in 2009. He obtained his Family Nurse Practitioner degree from Southern Illinois University Edwardsville in 2014. His orthopedic experience started in 2017 in Sports Medicine as well as Total Joint Arthroplasty and has grown and expanded since that time.

Ryan grew up in a small farming community in Central Illinois and moved to the Chicago area in 2019 since his wife was from the area. He has two daughters, and in his downtime, he loves being outside. He enjoys mountain biking, endurance running, and cycling. 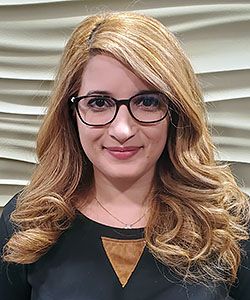 Reem Kametas is a board certified nurse practitioner. She earned her Bachelor of Science in Nursing at Saint Xavier University in Chicago, and subsequently, practiced as a bedside nurse in the Medical Surgery and Emergency Department Setting for 8 years. She went on to earn her Doctorate in Nursing Practice at Rush University in Chicago. Reem has a wide range of clinical experience in orthopedics, med/surgery, trauma, emergency medicine and urology.

19065 Hickory Creek Dr, Suite 210
Mokena, IL 60448
Our Mission is to foster hope, healing, and well-being through our compassionate team-delivery approach by trusted experts who are committed to restoring the quality of life to individuals of all ages.
Copyright © 2022 MidAmerica Orthopaedics
Site Design by Swarm Interactive