The Race Is on 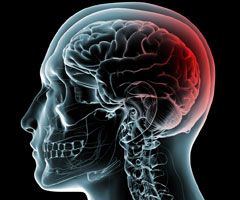 for a 'Concussion Pill' as New NFL Season Begins

September 1, 2017
by Mike Tanier
As seen in the Bleacher Report

Chief neurological surgeon Dr. Kevin Jackson was interviewed by Bleacher Report about Pro-IV DripFusion therapy that may be used to mitigate the effects of concussions.

Dr. Jackson based the treatment on studies which showed that concussions have an impact on micronutrient levels in the brain.

"Magnesium levels fall in the brain after a head injury, regardless of the severity," he explained. "Urinary zinc increases fourteenfold. We know that there are minerals associated with brain function that change after a head injury."

The Pro-IV treatment is essentially a "cocktail" of substances that aim to rebalance those micronutrients, with some anti-inflammatories and non-opioid pain relievers mixed in to treat immediate symptoms. Right now, Pro-IV is an intravenous treatment: patients are infused with the substance via a saline bag. It's inconvenient, not covered by insurance and involves needles. Dr. Jackson hopes to reconfigure the treatment into a pill, patch or nasal spray.

Full article: The Race Is on for a 'Concussion Pill' as New NFL Season Begins

If you or a loved one suffered an impact, don't wonder if there is a concussion. Visit MidAmerica Orthopaedic Concussion Clinic at its Mokena and Palos Hills locations for an accurate assessment.

19065 Hickory Creek Dr, Suite 210
Mokena, IL 60448
Our Mission is to foster hope, healing, and well-being through our compassionate team-delivery approach by trusted experts who are committed to restoring the quality of life to individuals of all ages.
Copyright © 2022 MidAmerica Orthopaedics
Site Design by Swarm Interactive